Dr Enigma was back at Turing Fest in Edinburgh this year to deliver a talk, as well as host a stand displaying two original, war-time Enigma machines.

As Scotland’s premier IT event, the Enigma machine story, the hands-on demos of the original Enigma machines, and their links to Alan Turing, provide an interesting contrast to the high-tech world of blockchain, growth hacking and bootstrapping, as well as something you can actually touch and feel – something of a rarity in this digital age.

A big thanks to Brian Corcoran and the rest of the Turing Fest organisers for the invite and to everybody who came to the talk and to play with an Enigma machine.

Here are a few pictures of Turing Fest 2018: 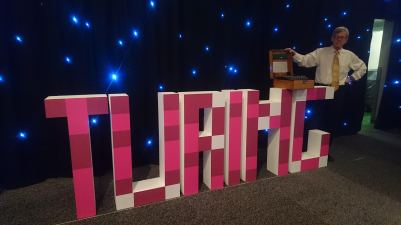