Last week, upon the invitation of blockchain company Verity – Dr Enigma travelled to Slovenia’s beautiful capital to present at the ‘Original Crypto’ evening as well as visit Verity’s office and speak to both the Slovene media and Verity staff about the Enigma machine. 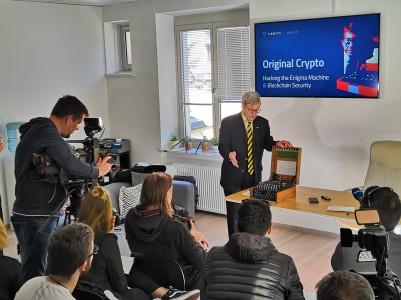 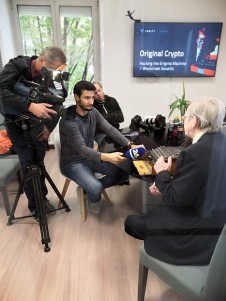 The event was an excellent example of how the breaking of the Enigma machine codes still fascinates people and is still relevant to cybersecurity today; especially those in the computer programming community.

Slovenia is a hotspot for blockchain, having been an early adopter of the technology which has led to a strong ecosystem of blockchain companies, and several world-class companies to have come out of the country. This was reflected by the Original Crypto event selling out with over 100 people attending. 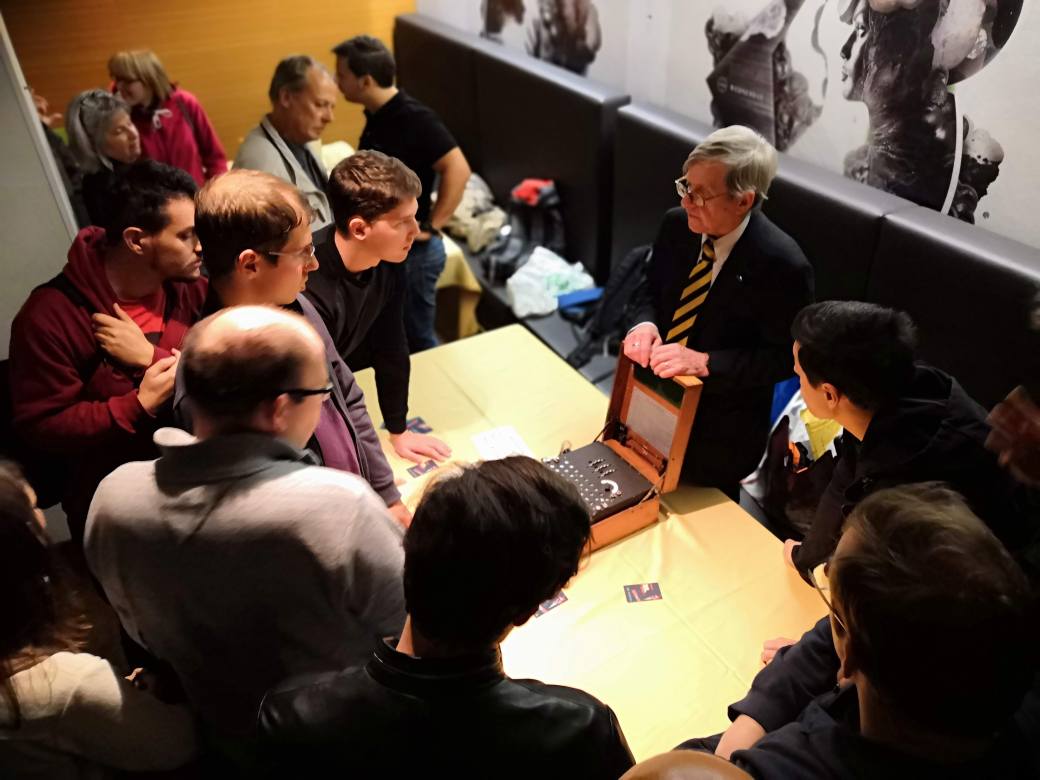 With its roots in ‘cryptography’, today’s ‘cryptocurrency’ and underlying blockchain pioneers are fascinated by the story of hacking Enigma as well as the original machine itself. Ljubljana has a bit of Enigma history of its own; it was Ljubljana (then called ‘Laibach’) that was where the first pre-Enigma rotor-cipher machine was patented. And as Ljubljana’s National Museum of Contemporary History highlighted via a tweet, they have a three rotor machine on display.

Dr Enigma was covered by most of the major Slovene press, including: