There were so many thousands of valves, condensers, tuners, aerials, coils, antennae, and numerous boxes of electronic gear embellished with dials, knobs and switches, that it was easy to accept that the recent Amateur Radio Fair in Friedrichshafen was Europe’s largest.

For some years now, that has been the proud boast of this southern German city, which will be better known to many as the home of the Zeppelin works, 90 years ago the world leader in airship design and operation.

The support from radio hams was world-wide – there were (amongst others) stands from Spain, Qatar, Brazil, Italy, Portugal, Israel, and Turkey – and many of these radio hams were able to experience hands-on Enigma operation at the Fair.

Without radio, there would have been no need for the Enigma machine, so it is not surprising to discover that one section of the huge fair comprised eight stands devoted to Enigma and other crypto devices. 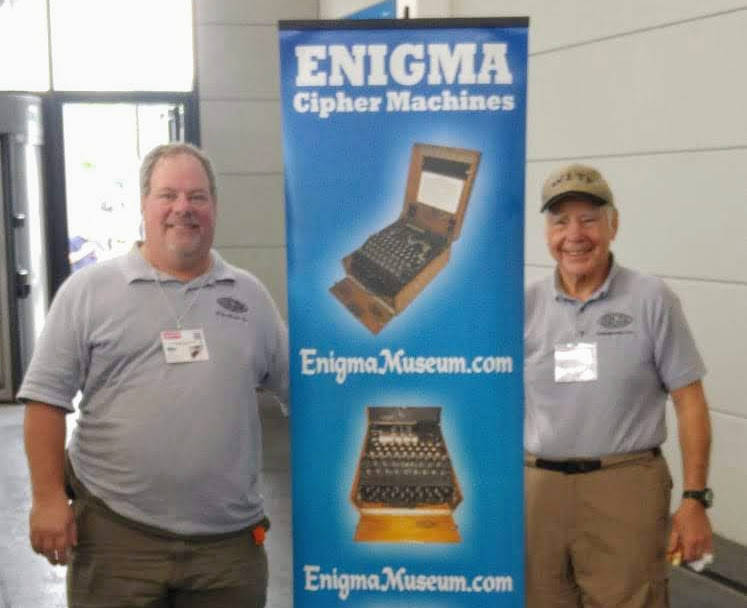 Pioneered by Tom Perera from the USA, there has been a strong Enigma presence at the Friedrichshafen Fair for some years, and this has become an important international focus for those interested in crypto.

Exhibiting and selling on the eight stands were enthusiasts from USA, Germany, UK, The Netherlands, and Switzerland, and Dr Enigma was right in there with them. The Pereras (father Tom and son Dan) and Klaus Kopacz both had Enigma machines on display. 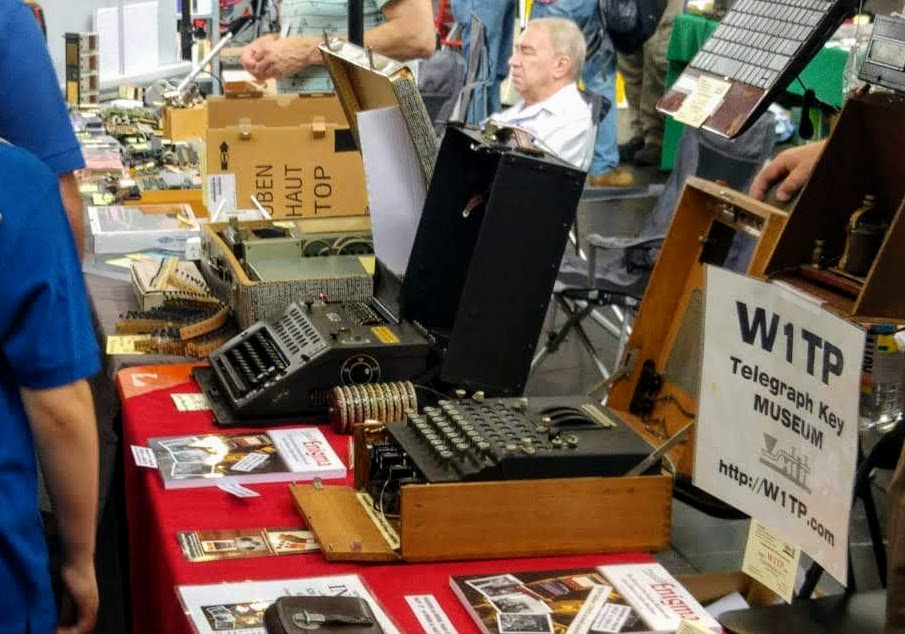 Perhaps the greatest excitement came during the setting-up day when two Enigma machines were brought in for sale, and were quickly snapped up by eager buyers – and buyers who needed to be well organized enough to be able to produce tens of thousands of Euros in cash to close the deals.

On the first full day of the Fair, one of the conference rooms was the venue of an Enigma Forum, in which several papers were delivered reporting on new developments and discoveries in the Enigma world. 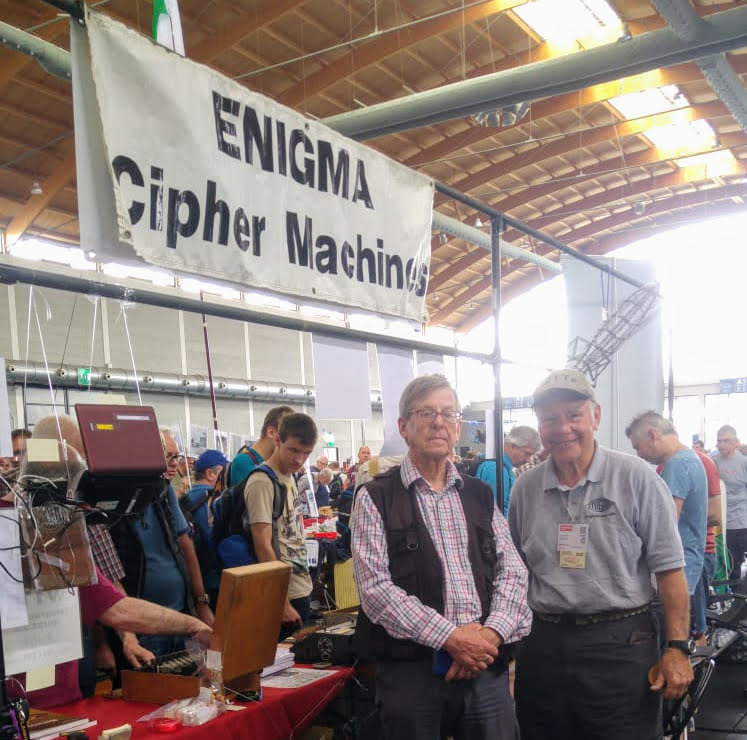 Amongst these was a detailed account of the restoration of an Enigma which had been found in a wood shed in Belgium, an explanation of the latest analysis of the evolution of the steckerboard, and a report on progress being made in the decryption of several hundred original Enigma messages recently discovered in an archive in Berlin.

Tom Perera, organizer of the Forum, has now invited Dr Enigma to present a paper at Friedrichshafen fair in 2020, surveying the work done at Bletchley Park during WW2.

Putting this work in context will provide a useful contrast to the intense scrutiny of the machine itself.

To book Dr Enigma for a fascinating talk and hands-on demo with an original Enigma machine – contact us, or visit the Enigma events page.